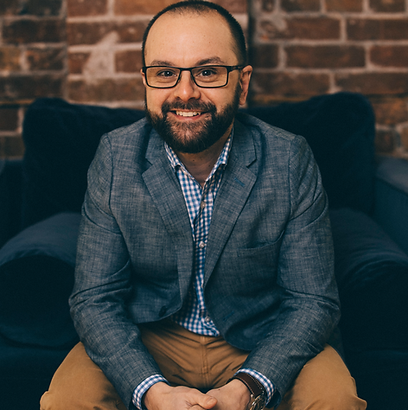 Reese is a Co-Founder of ADARYS. After completing his Bachelor of Science at Lakehead University in Ontario, he graduated from Cardiff University School of Law in Wales, UK. Reese took an alternative approach to the legal profession and began his career as a Labour Relations Specialist in government healthcare in the Province of Ontario.

He is a skilled mediator and investigator on the National Master Standing Offer (NMSO) for workplace investigators with the Government of Canada. Early in his career he realized that he appreciated the process of forming strong working relationships built on loyalty, trust, and respect above all else. Reese brings this mindset into every project and enjoys helping clients navigate their workplace challenges by getting to know the client on a personal level.

Reese advocates for causes that are especially important to him, cancer research, mental health and addiction, and animal rescue.

After completing his undergraduate degree in Ottawa, he attended Cardiff University in the UK and obtained his LL.B. Upon his return to Canada, Adam began his career by starting a business development firm that specialized in policy writing and analysis for startups in the Toronto and Ottawa areas. Within two years, Adam expanded his services to include alternative dispute resolution (ADR), investigation and negotiation services.

As a consultant, Adam has worked with several federal and provincial government departments as well as private sector clients to help them achieve their workplace goals. Adam brings a unique approach to workplace consulting with a strong emphasis on effective communication and building a solid foundation to build a lasting relationship with each client. Adam personally works with every client to build a strong foundation for a lasting relationship built on trust, loyalty and mutual respect.

Adam was a board member of directors for the Alternative Dispute Resolution Institute of Ontario and holds a qualified mediator (Q.Med) designation. He is also a member of the Association of Workplace Investigators (AWI) and has served on the regional Hockey Canada official’s committee (Eastern Ontario). Adam is also a roster mediator for both the federal government and the Attorney General in the province of Ontario, as well as a senior lead investigator on the National Master Standing Offer (NMSO) for workplace investigators with the Government of Canada. Adam also volunteers his time by mentoring businesses leaders and new workplace investigators on best practices in the workplace and is mediation coach and negotiation judge with Osgoode Hall Law School.

We use cookies on our website to give you the most relevant experience by remembering your preferences and repeat visits. By clicking “Accept All”, you consent to the use of ALL the cookies. However, you may visit "Cookie Settings" to provide a controlled consent.
Cookie SettingsAccept All
Manage consent

This website uses cookies to improve your experience while you navigate through the website. Out of these, the cookies that are categorized as necessary are stored on your browser as they are essential for the working of basic functionalities of the website. We also use third-party cookies that help us analyze and understand how you use this website. These cookies will be stored in your browser only with your consent. You also have the option to opt-out of these cookies. But opting out of some of these cookies may affect your browsing experience.
Necessary Always Enabled
Necessary cookies are absolutely essential for the website to function properly. These cookies ensure basic functionalities and security features of the website, anonymously.
Functional
Functional cookies help to perform certain functionalities like sharing the content of the website on social media platforms, collect feedbacks, and other third-party features.
Performance
Performance cookies are used to understand and analyze the key performance indexes of the website which helps in delivering a better user experience for the visitors.
Analytics
Analytical cookies are used to understand how visitors interact with the website. These cookies help provide information on metrics the number of visitors, bounce rate, traffic source, etc.
Advertisement
Advertisement cookies are used to provide visitors with relevant ads and marketing campaigns. These cookies track visitors across websites and collect information to provide customized ads.
Others
Other uncategorized cookies are those that are being analyzed and have not been classified into a category as yet.
SAVE & ACCEPT